I often work with hashes in plain ruby, especially when I prepare standalone scripts or gem packages, or I need to deserialize the parameters comming to the server, and there were plenty of situations where I needed to do some simple, or more complex data transformations to achieve the expected output.

In the episode #4 I've described how I easily do fancy manipulations on string objects, but, more complex data sets require more powerful tricks to serve our needs so I've decided to extend this topic.

One example of troublesome hash, is when I get the hash as a method argument, but I don't know if the keys are symbols or strings. Then things can get messy.

Because the expected key does not exist, I receive nil and I can easily end up with the undefined method error which may be an embarrassing overlook for me in the eyes of my clients.

In rails, you can just call symbolize_keys or deep_symbolize_keys on the given hash and the problem would be solved. This would work on any deep level of my argument.

But how it would look like outside of the Rails ecosystem? The deep_symbolize_keys method is not defined in plain ruby.

Here is the simplified solution I used in the past all the time using the each_with_object method.

Horrible, but works for plain hashes. However, since ruby 2.5 we have access to the transform_keys method, which is way more convenient.

While this looks fine, none of this will take into account nested hashes. If I'd want to solve THIS problem, things would quickly get messy, and in case of more transformations required on the data set, I would quickly get lost in my own code.

Note: As thunderbong pointed out on Reddit, there is a nice way to handle nested key transformations easily using JSON library.

Just it's not trivial to remember about all the edge cases of the data transformations..

The other very simple example would be to nest a set of keys under a chosen parent. If I store the address information as a jsonb in my database, I'd be forced to group the address-related keys and store them together under the address column.

Again, the each_with_object method would come in handy here.

I can iterate through the initial hash, and in case the key is inside of the given set, nest it under the address root, and otherwise just copy the initial value.

If you think it works, You're wrong. It works for symbolized keys, but if I'll pass the same hash with strings as keys, the original hash will be returned. Easy to fix? Just let's change the key comparison here to ensure the compared value is a symbol...

And we end up with a completely messed hash as a result!

What I want to point out here, is the fact that ensuring data to be transformed expectedly is not trivial, and it's extremely easy to overlook a single scenario that can haunt us later.

It's already hard to see what's happening here, and again, if there would be several transformations like this required on the given data set, my code would become really messy and hard to handle.

Just imagine that I'd need to stringify and rename some keys too!

This is where a great little gem comes with help. It's a dry-transformer, another amazing micro-library put together by Piotr Solnica, it is great as it has completely no dependencies whatsoever! You can inject it in your projects without any risk - and in case you want to have it directly in your codebase, you can even just copy the code, as only plain ruby is used inside. Amazing stuff.

This little library allows you to pass any data as an input and do some crazy transformations to ensure you will work with the expected data format.

Ok, but How that could be handy?

Well, one example is, that in HanamiMastery I work with JSON:API standard when it comes to my API communication. It's super nice, REST-ful standard, with a lot of overhead already done by very smart people.

However, when I want to make my projects to communicate with, for example, GitHub, it would not work, as GitHub uses the Rest API standard, which is Rails default. 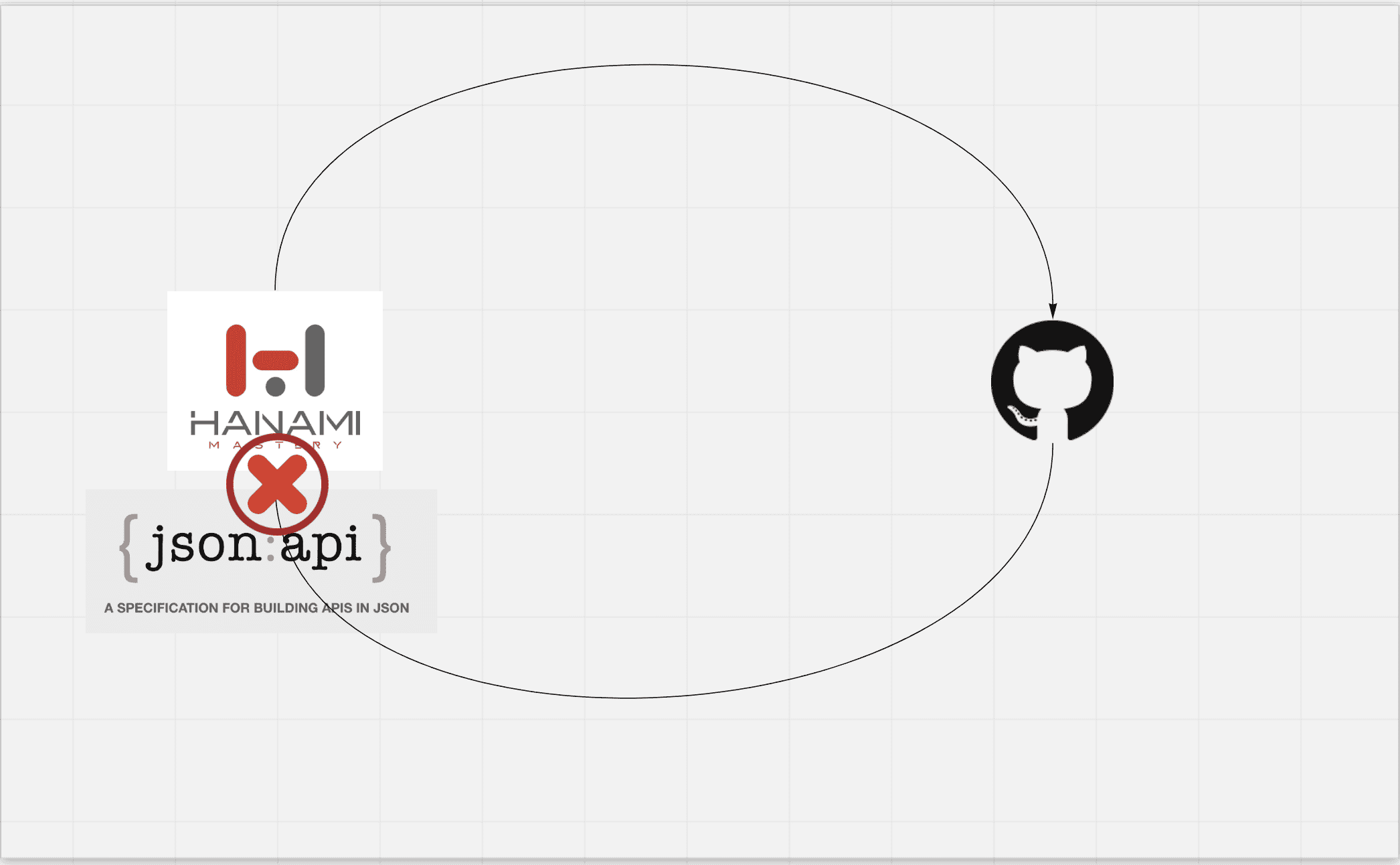 It would be silly to ask them to adjust their API for my needs;)

How not to communicate

What I should do, is transform the incoming data from one standard to another relatively easily and ideally, do the two-way transformations!

Why we need adapters

Other useful examples for data transformations in Ruby

Similar requirements are often needed in case of:

and so on. There are countless use cases, where I can't just validate the input and throw away an error because data are valid, however in a different format than my script or data store expect.

In such scenarios, I should write an adapter that applies a list of transformations to the input and produces the output I can work with.

With dry-transformer our simple examples would be trivial. We create our adapter class, that gets the data from Github

But also, some much more complex scenarios may be done in a simple, easy to read and maintain code.

dry-transformer allows you to write middleware for your APIs with no effort, you can do mappings from hash to objects and other ways around, advanced array modifications, and a whole bunch of other stuff you would ever need.

As I often say, the only thing that restricts us is our imagination and dry-transformer allows you to transform anything into anything else using a tiny DSL written on top of ruby.

Super useful stuff and I strongly suggest giving it a shot. You may be surprised how easily you can write adapters, serializers, and deserializers from now on.

I'd like to thank [Benjamin Klotz]. for joining my Github sponsors, I appreciate that a lot!

Any support allows me to spend more time on creating this content, promoting, and supporting great open source projects, and helping you use them. So thank you!

As always, check out my other episodes and let me know what you think! Thank you all for being here, you're awesome! - and see you in the next Hanami Mastery episode!

Do you know great Ruby gems?

Add your suggestion to our discussion panel!

I'll gladly cover them in the future episodes! Thank you!